Home auction clearance levels rose further at the weekend as buyers bid confidently despite the predictions that property price could fall by 14 per cent over the next three years because of rising interest rates.

Experts said prices were holding up, but warned that the true test of the market’s strength would not come until more properties hit the market in the run-up to Easter. 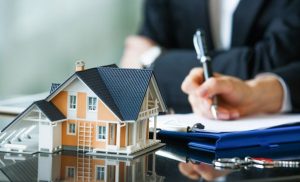 The preliminary national clearance rate was 75.7 per cent, according to data specialist CoreLogic, the highest level since November. A record listings surge in December pushed sales conversion levels down to a low of 63 per cent.

Stock levels were historically high for early February, with 2405 homes auctioned around Australia in the week to Saturday, more than 60 per cent up on the same period last year.

Adelaide, Brisbane and Canberra all recorded clearance rates of about 80 per cent, while 70 per cent of properties in Melbourne sold after a nation-leading 1033 properties went to auction.

The highest price paid was $10.4 million for a deceased estate in the eastern Sydney beach suburb of Bronte, where the suburb record of $25 million was set late last year.

Traded for the first time since it was built in the 1950s, the house was bought by a young family who will ultimately rebuild. There were four bidders after it went on the market at $10 million.

In Canberra, a three-bedroom apartment at Kingston sold for more than $1 million over reserve at $2.77 million and there was frenetic bidding for a house in Torrens Park, Adelaide, which eventually sold for $2.9 million – $900,000 above reserve.

Nerida Conisbee, chief economist at Ray White, said the market was “still looking very robust” and prices holding were through the early weeks of 2022.

“There was a lot of talk at the end of last year that prices were going to fall, but we’re certainly not in that territory at all,” Ms Conisbee said.

Bidding was strongest in Brisbane and the Gold Coast, with five active bidders per property compared with the national average of three, she said, Adelaide and Canberra also outperformed.

“At this stage there does seem to be a change in sentiment, particularly in Melbourne and Sydney, because prices have risen so far and a lot more properties have come onto the market,” Ms Conisbee said.

CoreLogic research director Tim Lawless said the rise in clearance rates had been encouraging, and he expected auction stock numbers to increase.

“I think we’re set for more and more auctions coming on the market, which will really test the depth of demand,” Mr Lawless said.

“Probably we’ll start to see auction clearance rates, particularly in Sydney and Melbourne, either level out or start to drift a little bit lower.”

He said price growth had eased in the major markets but the “smaller capitals will remain quite different”.

“Even though Canberra has had quite the stellar run of growth, it looks like that market is still very strong and seems to be immune from some of the affordability pressures that are holding back markets like Sydney and Melbourne.“

This article is from Australian Financial Review, please click the following link for the original article: https://www.afr.com/property/residential/property-clearance-rates-up-as-home-buyers-ignore-interest-rate-noise-20220213-p59w06