Housing transactions dropped by almost a quarter to their lowest total in a year in the three months to September, as COVID-19 lockdowns curbed activity and kept dwellings off the market.

Transfers of detached houses and attached homes fell to 122,407 from the June quarter’s 159,726, as pandemic restrictions cut transaction numbers in Sydney, Canberra and particularly Melbourne, the Australian Bureau of Statistics said on Tuesday.

The figures, which point to a hit to state stamp duty coffers, could be revised higher as more transaction data is recorded in the coming months. 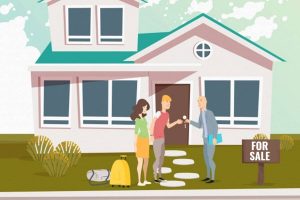 But they also point to the growing affordability problem in a housing market distorted by record low interest rates and insufficient stock. The official numbers confirmed earlier CoreLogic figures that the value of Australia’s housing market stock had topped the $9 trillion mark, having added $1 trillion in value in just six months.

“The total value of Australia’s 10.72 million homes surged by an astonishing $487 billion to an all-time high of $9.26 trillion,” CommSec senior economist Ryan Felsman said on Tuesday.

Separate evidence of affordability problems came on Tuesday with banking regulator APRA showing that the proportion of new loans deemed risky – with a debt-to-income ratio of six times or more – rose to 23.8 per cent of all new lending from 21.9 per cent in the June quarter.

A year earlier the figure was just 16.3 per cent.

The increase puts borrowers at risk if lending rates rise sharply. But the figures to the end of September reflect the state of the market before regulator APRA’s October increase in the interest rate buffer that lenders must apply when assessing mortgage applications.

The extra 50-basis-point increase to 3 per cent of the buffer used for loan applications from November 1 could limit the extent to which transaction volumes and price gains – which have been slowing month on month – pick up again in the current quarter, Ratecity.com.au research director Sally Tindall said.

“While these debt-to-income figures are concerning, the impact of APRA’s new stress test is not yet reflected in this data,” Ms Tindall said.

“This new requirement, along with recent fixed-rate rises, which has helped cool sentiment, could be enough to placate the market, at least for the next couple of months.”

The most recent ABS figures for home loan growth show a 4.1 per cent decline in owner-occupier lending triggered an unexpected 2.5 per cent drop in overall new home loan commitments in October, even as investor mortgages grew 1.1 per cent.

Regulators may still act to rein in investor loan growth, economists said at the time.

But with investors still making up less than 30 per cent of new housing loans, compared with 2014-15, when they accounted for more than 40 per cent, APRA was likely to “take stock” over the summer before implementing any further changes, Ms Tindall said on Tuesday.

This article is from Australian Financial Review, please click the following link for the original article: https://www.afr.com/property/residential/pandemic-curbs-cut-housing-sales-by-almost-a-quarter-20211207-p59fhy