Australia’s record-low interest rates and not government support were the driving force behind the massive boost in first home buying during the COVID-19 pandemic, according to economists.

About 300,0000 first home buyers have entered the property market since March 2020, according to the Australian Bureau of Statistics, which the Coalition previously largely attributed to its support programs. 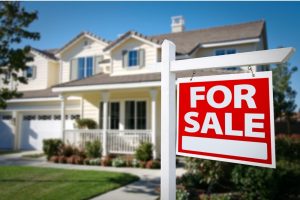 But Melbourne Institute associated professor Sam Tsiaplias told a meeting of the Melbourne Economic Forum this week that the spike had more to do with the COVID-19 induced economic downturn than anything else.

“We might think the economy is slowing down and [therefore] it’s more difficult for first home buyers to purchase, but it is on those periods where first home buyer activity actually surges,” Dr Tsiaplias said.

The Reserve Bank of Australia’s cash rate fell from 0.75 per cent to a record-low 0.1 per cent over 2020, when loan commitments to first home buyers started to spike to near-record levels.

A similar trend was seen during the global financial crisis when the cash rate fell from 5.25 per cent in late 2008 to 3 per cent by April the following year. During 2009, about 173,000 first home buyers were given loan housing commitments compared with about 110,000 in the previous year.

“So, why does first home buyer activity increase during these downturn periods? And why is it perhaps less associated with the demand-driven [government] policies,” Dr Tsiaplias asked.

The main reasons were the increase in borrowing power for households and the fall in servicing costs because of the lower interest rates, combined with less activity from investors who are usually able to beat out first-time buyers.

But that does not mean government policies do not play a role, he added.

However, they only tended to help a small portion of early adopters who then drive up prices in the affordable end of the market – or the portion of the market covered by the policy – then locking out those who come after.

It eventually spills over into more expensive markets as people cash in where prices are rising, move to other areas and reset the process there.

Examples of schemes he cited include the Coalition’s first home loan deposit scheme, new home guarantees and Labor’s new Help to Buy scheme, in which the government pitches in up to 40 per cent of the equity.

First home buyers using Labor’s Help to Buy scheme, for example, would be battling it out in just under 20 per cent of suburbs in Sydney and 30 per cent in Melbourne, based on an assessment of median house prices by CoreLogic.

Across the nation, just a third of suburbs would be accessible under the scheme based on median property prices, but a 10 per cent slump, as predicted by some economists, would increase that to 43 per cent.

According to Lisa Claes, international chief executive at CoreLogic, Labor’s program would funnel more demand into the most affordable markets, which could, in turn, place “additional upward pressure on prices.”

Dr Tsiaplias said such policies were not increasing housing affordability except for a small subset of households getting into the schemes early, and in the long run, they probably weren’t increasing overall affordability.

“And they may actually be decreasing affordability,” he said, adding that the best way to help households in the bottom income quintiles were likely through rental reforms and increased capacity in social housing.

This article is from Australian Financial Review, please click the following link for the original article: https://www.afr.com/property/residential/low-rates-not-government-policies-biggest-help-to-first-home-buyers-20220610-p5asv6