Investors are picking up the slack as first home buyers – who have been forced to take out increasingly large loans to buy a property – exit the market. 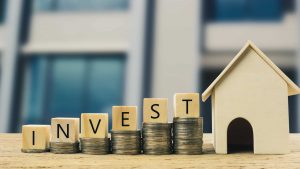 Nerida Conisbee, chief economist at Ray White, said investors accounted for around one-quarter of all transactions through its network over the weekend on both the buy and sell side, a trend consistent across all states.

“We know they pulled out of the market primarily because prices were falling, and they weren’t getting any advantage from grants such as HomeBuilder.

“But they’ve really surged back into the market this year.”

She said that Ray White data shows that investors are generally selling to other investors.

Ms Conisbee added: “We haven’t seen any migration numbers and first home buyers have backed out and, given the strength in the market, it is likely to be mainly investor activity that is pushing up pricing in cheaper suburbs.”

Affordability is a key reason for growing absence of first home buyers, who have borne the brunt of Australia’s surging home prices.

Credit data analysis by Equifax reveals first home buyer home loans rose by an average of 18 per cent in the 12 months to the end of September, compared with a 12 per cent increase for existing mortgage holders.

“We haven’t seen these kinds of rises in the market in the past 20 years,” said Kevin James, general manager advisory, analytics and consultancy services at Equifax.

This article is from Australian Financial Review, please click the following link for the original article: https://www.afr.com/property/residential/investors-pile-into-market-as-first-home-buyer-mortgages-blow-out-20211202-p59e2i