Residential rental listings nationwide have dropped by 4.5 per cent over the past four weeks to 55,124 – a record low, as more landlords opt to turn their investment properties to short-term leasing market, data from SQM Research shows. 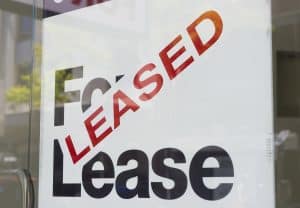 For lease and leased sign on display outside a building

By contrast, listings have started to creep up in some regional areas where rents have surged the most during the pandemic.

“Rental listings in Sydney and Melbourne are continuing to fall at a time when demand is soaring due to increased migration and local demand, so we’re likely to see vacancies fall further,” said Louis Christopher, managing director.

“While there has been a steady stream of dwelling completions, household formation has also been expanding at a quicker rate than the number of dwellings completed in these cities.

“On top of that, more landlords are opting to lease their property via websites such as Airbnb and Stayz. And that has made the pool of long-term leasing, which is what we measure these vacancy rates, reduce over time.”

A total of 11,043 Sydney homes are currently listed on Airbnb, which is comparable to the volume of long-term leasing in the city, according to SQM Research data.

In Melbourne, 15,500 rental properties are currently listed on the short-term leasing site while 4730 Brisbane homes are also being offered.

The shrinking pool of available rental properties and rising demand from international students and returning workers have fuelled a sharp drop in vacancies across the central business districts, Mr Christopher said.

The vacancy rate in Sydney’s CBD dropped to 3.4 per cent, and fell to 2 per cent in Melbourne and to 2.2 per cent in Brisbane.

At their pandemic heights, Sydney’s vacancy rate soared to 16.2 per cent, it jumped to 10.8 per cent in Melbourne and to 14 per cent in Brisbane.

“With the falls in CBD rental vacancy rates to well below average, we have evidence that the rise in overseas arrivals is starting to put some additional demand pressure in certain pockets of the rental market,” said Mr Christopher.

“We will wait to see if the increased immigration demand creates pressure elsewhere.”

The push by employers for workers to return to the office has started to weigh on demand for popular coastal locations that have benefited from the city exodus.

Vacancy rates on the north coast, which includes Byron Bay, have dropped to 0.9 per cent, it rose to 0.6 per cent on the Gold Coast and to 0.8 per cent on the Sunshine Coast.

The rising vacancies are now being reflected in the lower rents being achieved in these areas.

Asking rents on the Gold Coast have dropped by 3.6 per cent over the month, it fell by 1.9 per cent on the NSW’s Central Coast and by 1.2 per cent in Byron Bay.

Meanwhile, rents continue to sharply rise in most locations, with Sydney posting a 19.5 rise in asking rents over the past 12 months. Melbourne rose by 17.3 per cent, Brisbane by 20.7 per cent, Perth 12.4 per cent, Adelaide 18.1 per cent and the ACT 9 per cent. Nationally, asking rents jumped by 12.7 per cent.

This article is from Australian Financial Review, please click the following link for the original article: https://www.afr.com/property/residential/home-rental-listings-slump-to-record-low-20220815-p5b9va