Correction to run another 12 months: McGrath

Prominent agent John McGrath, who leads ASX-listed real estate agency McGrath, expects the housing correction to play out for another 12 months, while warning the major “unknown” still facing the market is the refinancing of fixed-rate mortgages.

That outlook comes as the McGrath business reported a 7.9 per cent lift in underlying pre-tax profit to $19.1 million for the 2022 financial year. Statutory profit fell 38 per cent to $11.7 million, with the result no longer getting the tax benefit of carry-forward losses and the previous year’s profit boosted by the one-off sale of a stake in its Oxygen home loans business. 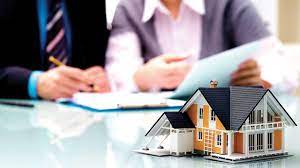 “Until we see a stabilisation of interest rates we are going to see that uncertainty in the market, which causes people to hold off on their transactions, either buying or selling,” Mr McGrath told The Australian Financial Review. Mr McGrath returned in April to the lead the company he founded and then took public 2015.

The majority of the correction to house prices had played already, although the cycle could extend another six to 12 months, Mr McGrath said. Yet to come is a wave of fixed-rate mortgages set to roll off over the next year.

“That’s one of my greatest concerns,” he said. “It will a challenging time for many borrowers, some might even have difficulty in refinancing and be forced to sell. That’s the unknown factor.”

McGrath’s revenue from ordinary activities fell 8 per cent to $112.4 million. The average sales price of homes sold across its platform rose to $1.4 million from $1.2 million, however the number of properties sold fell 3.6 per cent to 13,944.

For McGrath, the volume of listings rather than the price at which homes are sold has a greater impact on revenue, Mr McGrath said.

“When the market transitions from high to low you often do find a short-term correction in volumes as people have to get used to the new values,” he said.

“We have seen a short-term tightening of listings. We’re starting to see a few green shoots for this spring. It’s too early to tell if that’s a longer-term trend.”

The McGrath strategy is to focus its platform growth through franchises rather than company-owned agencies, thereby generating a more annuity-style revenue.

“We think it’s a more sustainable revenue and profit stream going forward. It’s less likely to be exposed to the large swings in the cycle up and down,” he said.

This article is from Australian Financial Review, please click the following link for the original article: https://www.afr.com/property/residential/correction-to-run-another-12-months-mcgrath-20220822-p5bbpk